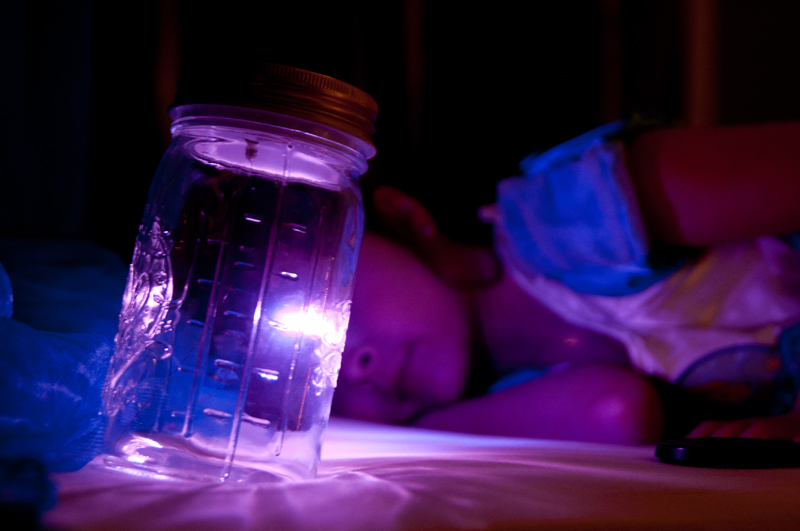 How many of you remember lazy summer evenings outside catching fireflies as a kid? Boy, I sure do. Wasn’t that the best? Punching holes in the top of a Mason jar, and watching them glow and flicker while you float off into dreamland? Love those memories.

I have noticed in recent years that fireflies aren’t as plentiful as I remember them to be.  There used to be 20 or 30 at any one time in our small little yard, that my sister and I would run around and catch. Today, I would only see maybe 5 at most, it’s kind of sad actually. So… I did a little research {internet research so you know that it’s totally reliable, right?} Anyways, what I have found is that scientists are not totally sure of the reason for the dramatic decline in the firefly population. They believe it has something to do with the development of their natural habitat (forrests and streams) into housing communities and commercial spaces.

Also another contributing factor is the amount of light pollution that people bring into these areas also affects the little guys. Think about it, a passing car’s headlights will throw off the firefly’s communication, they say for several minutes at a time. So the little boy firefly has difficulty “asking out” the little girl firefly, and if the date doesn’t happen, then neither does the happy firefly babies. Okay, I think my intelligent firefly conversation has nose-dived into how I would explain it to a pre-schooler, but hey I am a mom right?

Anyways, I digress. Where is this all going? Oh yeah. Last week, on a quick run into Walmart I ran across this adorable little item. It’s called My Pet Firefly. I found it in the party supply aisle, rather than the toy aisle oddly enough, but I saw it and had to pick it up for the kiddos. It’s a mechanical firefly in a jar. Sounds stupid right? And with the $12 dollar price tag, I thought of course I have to get 2. (Just don’t tell the Hubs. He’d shoot me if he knew spent $24 dollars on these things.) But I have to tell you, this thing is adorable. The little firefly flutters around the jar, just like a real one. It’s light flickers, just like a real one. It clinks around the jar, just like a real one. It really brings back those lovely childhood memories.

The kiddos love them. Although, they really have no idea of the nostalgic appeal, they love that their little pet firefly randomly flies about when they tap on the lid (it also reacts to sounds as well.) They love “waking him up” at night. This is their new nite nite buddy. So… score one for Mommy. I have found yet another fun and easy pet for the “I’m allergic to everything” child! Whoo hoo! Totally worth the $12 (a piece) in my humble opinion.

I tried to take pictures to show you all what I am talking about. Please realize, I was working without a tri-pod or remote shutter release, and with the super long shutter speeds several of my pictures had some really bad camera shake. However, I think I was able to get a few decent shots. 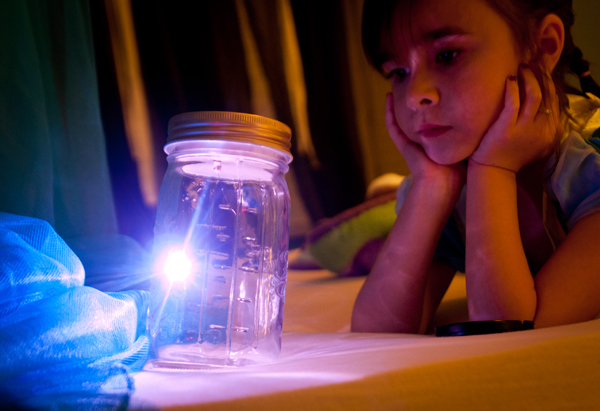 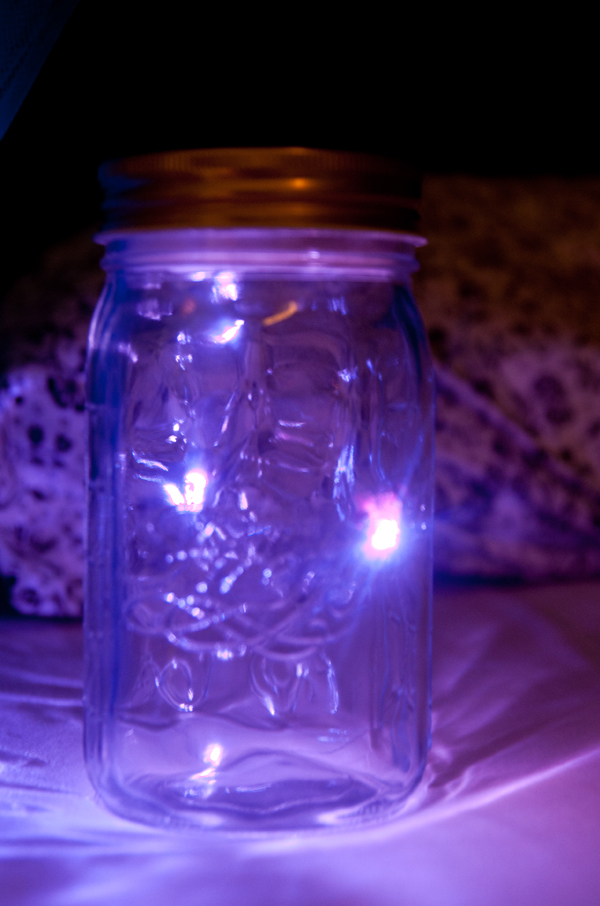 There is only one “firefly” in the jar, but with the long shutter speed and reflection these photos sometimes makes it look like there maybe more than one. Sorry folks

And finally… one with a flash, ohhh how I dislike the flash. 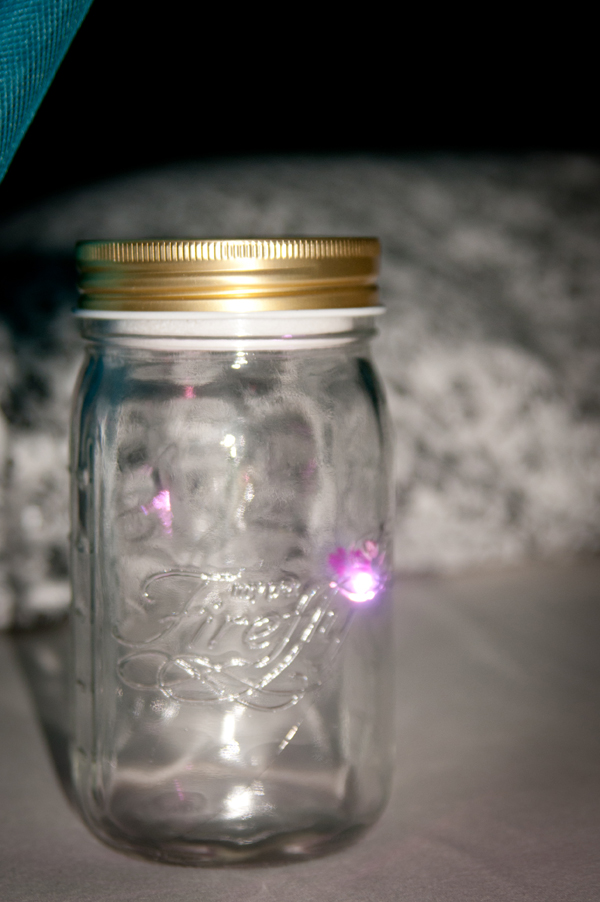 They do have realistic versions, ones that are of the yellow-green variety, but I have a 6-year-old girl and a 3-year-old boy, so purple and blue were the obvious choices for our house