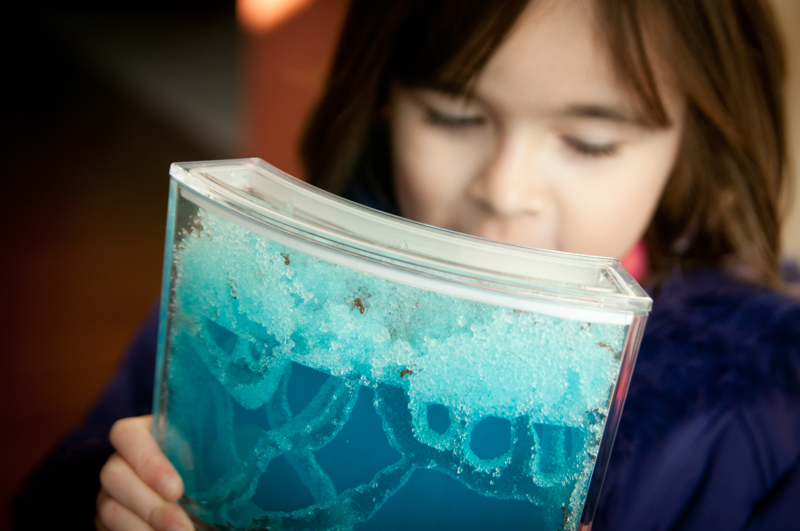 My son, Boo is allergic to just about everything. {Food, animals, trees, you name it.} So in hopes to fulfill my kiddo’s dream of having a family pet I decided to try an ant farm. One of my lovely facebook friends started one over Christmas break and I thought, hmmm… no cleaning cages… I’m in! So onto Amazon I went, and a few days later the fun began.

Now, remember the ant farm doesn’t come with the actual ants. The instructions state that you can harvest them yourself {like that’s going to happen} or order live ants online. We chose the later. When you order ants online, they suggest you order Harvester Ants, which are essentially ants that sting/bite, aside from this unfortunate character trait harvester ants have large bodies, which allow for better viewing, making them the most common ant farm friends.

Last week our ants finally came in the mail, after a long and dreadfully cold weekend. I would run out to the mailbox each day anxiously awaiting our new friends, hoping that they some soon and do not suffer too much from the cold transit they’d have to endure. On Monday they finally arrived!  A little sluggish, but they all seemed to have weathered the trip fairly well. 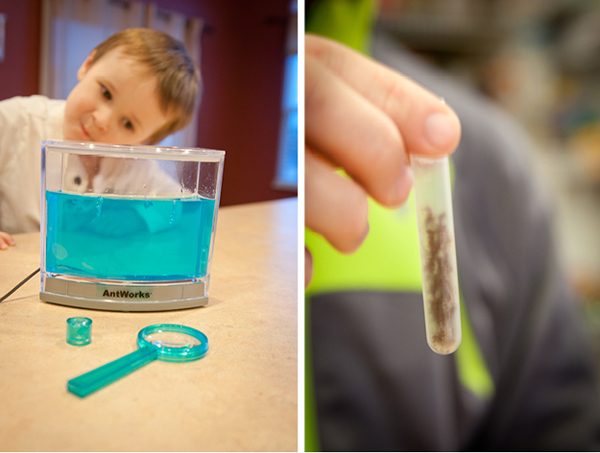 Here’s what we received with our AntWorks ant farm.
• the farm container with an under carriage light
• the magnifying glass
• and a loop.

Then here’s the ants just before we introduced them to their new home.

Remember, these guys bite and from what I understand the bite is pretty painful, so of course I asked the Hubs to do the honors {hey, I had to take pictures, right?} 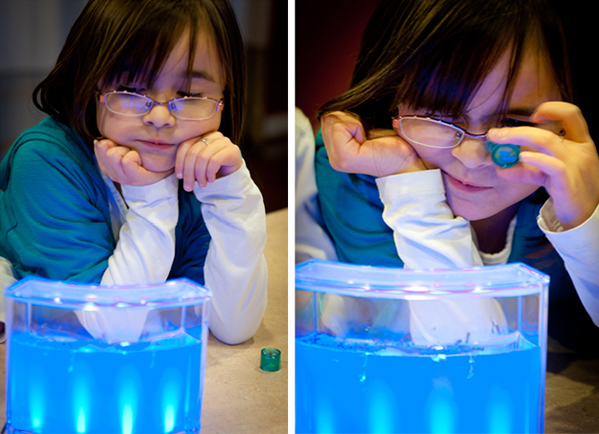 Boo was too funny, of course he saw that I was taking pictures, and had to go get his Spiderman mask on.  He wouldn’t want the world to know his true identity.

After the ants had a few minutes to acclimate to their new digs. We decided they needed a name. All pets need a name. And since there were 35 of them, we {meaning mommy and daddy} decided that they should all have the same name. 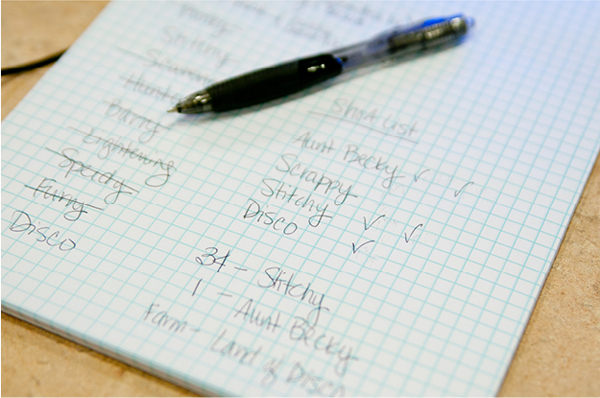 Many names were written down. Scrappy, Stitchy, Barry, Lightening and Furry {I have no idea why Lila insisted on furry. Couldn’t she see with that loop that we purchased the hairless variety of ants?} to name a few. But the one that stood out was Boo’s suggestion, or demand I should say, “Aunt Becky.” He was adamant. He wanted them to be named Aunt Becky. So much so, that he wouldn’t allow us to think of any other names. So in concession we decided we have 34 ants named Stitchy and one lovely Ant Becky, and to top it all off they live in the “Land of Disco.” 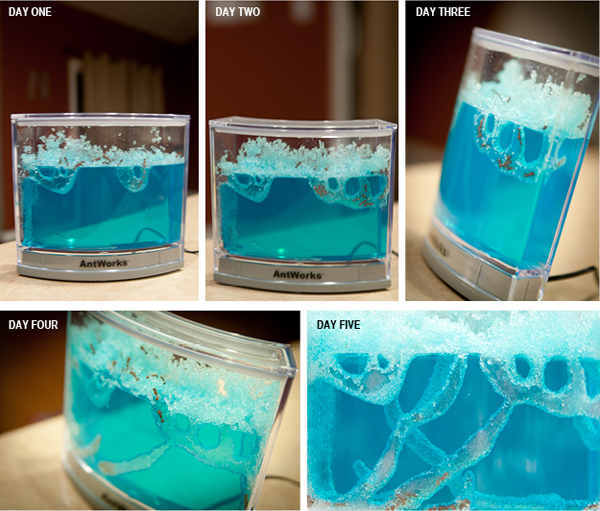 The kids were hilarious. Each morning they would race down to check on Stitchy’s and Ant Becky’s progress. They would stare in wonder throughout the day as the little ants march around. We would have discussions about teamwork, and Boo decided that some of the Stitchys are lazy. But they never let us down, sure enough each morning or evening they would have built new additions to their home. 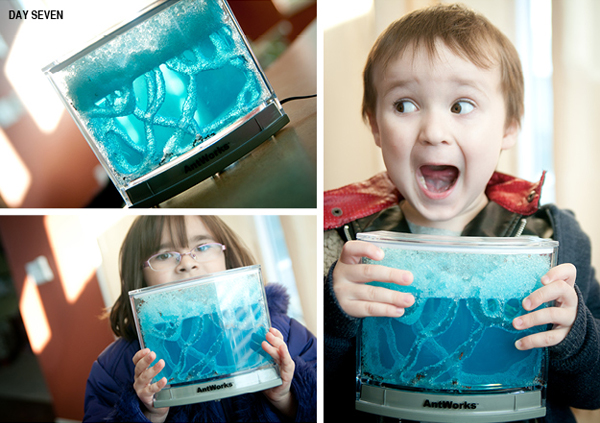 So now it’s been a full week and Stitchy and Ant Becky amaze us each day.  I guess you could say they are a welcomed addition to our little family.  Mi casa es tu casa … not really, cause I’ll FLIP if we ever have biting ants loose in the house.

PS – I was not compensated to discuss the above products/brands. I just want to share with you a fun activity to do with the little ones